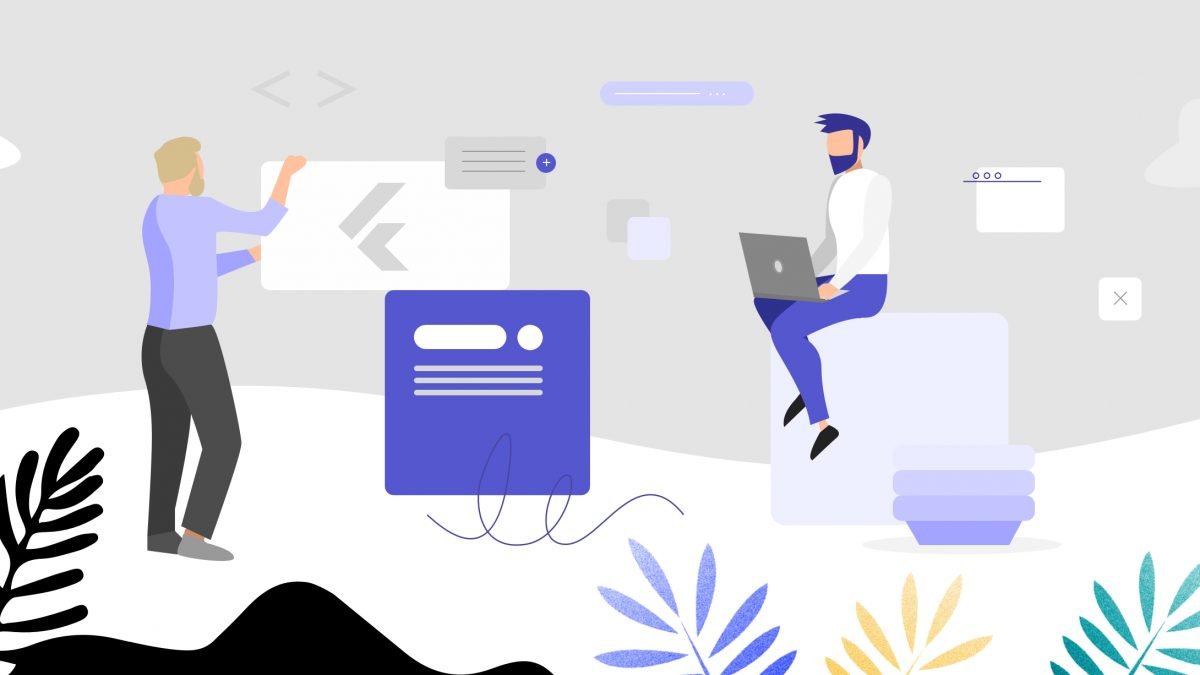 Flutter Pros & Cons – Should You Use It In Your Project?

Flutter has gained significant popularity since it first came out. In short, it’s a software development kit (SDK) which allows for cross-platform development (apps for both Android and iOS as well as WindowsPhone). This means one codebase, several apps. Sounds cool right? But we’ve had this before. What makes Flutter exciting, what are its pros and cons and when will it be a good fit for your project?

Flutter started out as a startup and later was acquired by Google. Today, it’s an open source project which uses Dart (a programming language unique to Flutter) for app development. Alongside faster and easier code writing, Flutter also provides excellent components to make the apps have a more native-like feel and, as a result, better user experience. What are some of Flutter’s best features?

This is a feature that makes any changes the developers make in the code appear instantly in the app. It enables the team to experiment more and try out new things as well as cuts down on the bug-fixing time.

Through additional third-party integrations, you can access native features with Flutter. You can even reuse Kotlin and Swift when developing an app. This further cuts down the time of the mobile app development process and makes it even easier for the dev team.

After acquiring Flutter, Google added this feature. A great addition to the possibilities of Flutter is the App Builder. Which is basically a tool to build an app like you would build a lego house. The tool provides you with features you can mix and match to build your own app very quickly which can be extremely helpful in prototyping, MVP’s and user testing. Then, you simply code the UI using Dart (which you might need to learn first).

The Pros & Cons Of Using Flutter

As with any technology, there’s some advantages and disadvantages to using it. I’m going to go over key points, both positive and negative, on Flutter to give you a better understanding on when it will be useful.

Get more case studies, tips and tech insights every month
Thank you for subscribing 🙂

The Best Apps Made With Flutter

With the above pros and cons in mind, let’s take a look at some of the apps made with Flutter. Because, even though it’s a relatively new SDK, there’s been some excellent apps created with it. One of the best being Reflectly, which has won several design awards for its seamless experience and beautiful design. It’s a diary/journal app that uses AI to ask more and more insightful questions each day. Another great app that was developed with Flutter is the Google Ads app. As the owner of Flutter, it’s only fitting that Google used it for one of its projects. And it has worked great. The new version of Google Ads that was developed with Flutter has completely transformed the users’ experience and allowed for more features to be added. Companies like Groupon, BMW and eBay also work with Flutter. This shows how much potential the Flutter SDK has. But will it work for you? Is it a good fit for your specific project?

When To Use Flutter?

There are a few cases when Flutter will be the best way to go. However, each project is individual in its needs so take this with a grain of salt. You can always schedule a free product consultation with one of our developers to get some support with choosing your tech stack. Now, let’s go over the best scenarios for Flutter:

1. When You Need Your App Fast Or You’re Developing An MVP

Here’s the thing – Flutter allows you to build the application extremely fast. Not only is it a cross-platform SDK but it also has the builder tool and lots of UI widgets that you can use. This makes for very fast code writing, fast issue-fixing and fast testing. Overall, if time is of the essence, Flutter is essential. The same goes for when you’re developing an MVP. Maybe you need it for your pitch, maybe you need to release it to your users and start testing. Flutter is great for developing MVP’s that are smooth, fast and easy to use.

2. When You Want A Complex User Interface

Flutter allows you to basically control every pixel on the screen. Not only that, your application will look the same on newer and older devices. With this SDK you can build complex, impressive UIs very easily and it won’t impact the performance of the app. So, if what you’re working on needs some special love when it comes to the interface, Flutter would be the way to go.

3. When You Need Your App To Have Excellent Performance

Unlike React Native, Flutter doesn’t require a JavaScript bridge, therefore, it’s much faster and performs better. Apps developed with Flutter are proven to perform better without any lags, cutting etc. If speed and performance is your priority then go with Flutter to build your application.

4. When You Are Under Serious Time Pressure

Flutter allows for very quick code writing and using it helps to speed up the entire software development process. Not only is it fun to work with for developers, but with the widgets it’s much easier to develop even complex UIs. Also, the Hot Reload feature makes it extremely easy to fix bugs, make changes and experiment. Flutter also can reduce the time needed for testing. Overall, if speed is what you’re after – Flutter is a great choice.

To sum it up – Flutter is a nice (relatively) new SDK that has many pros and many ways to use it. Of course, there’s never a clear answer when it comes to choosing the tech stack for your project but knowing what options are out there will definitely make the decision easier. If you’re on the fence, you can always get expert support from our development team – just contact us.

What Should I Prepare Before Starting To Work With A Software House?

What is Mobile Development?

Marketplace Masterclass #1: How Do Marketplaces Like Etsy And Fiverr Make Money?