What Is the React.js Framework? When and Why Should I Use React.js in My Project?

Over the last few years, React has established a strong position as one of the best and the most popular frameworks. In fact, it has more downloads now than Angular. Even though it’s been on the market for just a few years, there are millions of developers and companies around the world who use and love this JavaScript framework. Why is that and how you can use React.js in your projects? Let’s dive in!

React is a free open source framework available under the MIT license. It is maintained by Facebook and a large community of developers. Simply put, React.js is a library for building User Interfaces with JavaScript. You can use React.js to build complete interfaces or components for different platforms – web applications, mobile apps and hybrid desktop apps. Although React.js is mainly a frontend technology, it can be used on the backend as well.

React has been growing ever since it has been released in 2013. Since then Facebook has continuously been working on rewriting each of their web and mobile apps using the framework. React.js is also what’s behind the great User Experience of Instagram or Twitter. Besides big companies, React is also the best choice for many startups and SaaS projects like Asana, Invision, Uber and Airbnb. A more detailed list of who uses React.js can be found here. Among developers, React is the second go-to web framework and many more want to learn it.

The Reasons Behind React’s Popularity

Even though React is just 6 years old, it has matured and progressed at an extremely fast pace. This is only possible when a technology gathers a huge community of fans and developers who use it. How exactly did React win over the hearts of developers around the world? There are a few key reasons:

This is probably why so many developers use React. It is really easy to start using it, and it’s even easier if you know JavaScript functions already. Besides that, React requires minimal setup and is a very small and quick download.

React.js doesn’t require the developer to programme a specific logic sequence that leads to a specific result. Instead, the developer is programming the end solution. The concept of declarative programming may seem confusing for someone who is not a developer, but it makes work easier for us and writing the code takes less time. By focusing on the end result we also pay more attention to the UX which makes the app better overall.

3. An Ecosystem of Technologies

React is extremely popular, which means that more and more developers want to use it and discover new opportunities. Because of that, there are other frameworks such as React Native or Redux that can be used with React.js. If you are looking for a technology that will enable you to scale your product fast and still maintain the same excellent performance – React might be the best way to go.

The framework is just 6 years old, but developers are excited about it and want to learn how to use it or continue using it. This means that React is not going anywhere. Choosing a technology like this will decrease your chances of stumbling upon problems with finding developers and resources. What is more, React has a great feature called “backwards compatibility”. This means the software will be compatible with older version of libraries it incorporates. Not many technologies have this feature, but because React is used by Facebook (and they needed backwards compatibility), you can also enjoy stable performance.

Components are something that make working with React.js truly great. Especially when working on a project that needs to have new functionalities added over time. Having ready-to-go modules makes it easy to implement design systems and make the UX of the app even better. This also makes the work quicker and smoother as well as makes it easier to work in a larger team.

This right here is crucial. The code-splitting feature will reduce the load time of your React.js product and make the User Experience better. This will also help you with Search Engine Optimization, because Google prefers short loading times and promotes sites that have it.

When To Use React.js?

React can have many different use purposes but it’s best for web applications and hybrid mobile applications. It allows for fast development without losing any User Experience quality. Because it is component-based, React.js is also scalable. It can be used for small, simple apps as well as for complex applications like Facebook. The available resources, libraries and tools make it easy to use React any way you need. This flexibility is something very important for most companies nowadays, no matter big or small. To be honest, it’s hard to find a situation when React might not be the way to go. From my experience, if you’re going for an extremely simple app or a one-page website then React might just be too much effort. But, to make it easier for you when you’re considering which technology to choose for your project, here are a few scenarios which will be a perfect match for React.js:

React Takes Over The World

At least for now, React is growing and it doesn’t look like it will stop doing so in near future. However, the nature of IT is that it’s ever changing so it is hard to predict what will happen next. What we know now, is that both experienced developers and beginners are learning and using React. Because of this huge community, React is becoming more accessible and easier to use and implement. This means that when you decide to build your product with React.js you will never have to worry about acquiring developers and scaling your business. There’s also a trend I’ve noticed – we are more and more using web technologies rather than mobile ones. Because mobile apps, which once were the standard, are not anymore. And the reason is technologies like React which can deliver an excellent UX and UI within a web product.

If you want to use React.js in your project or need help deciding on your tech stack – contact our team.

Why Are Illustrations So Important For Your Digital Product And Business?

How To Do A/B Testing Successfully?

How To Sort Through Information And Prioritize Your Tasks Like A Pro?

How To Write A Design Brief For A UX Design Agency? 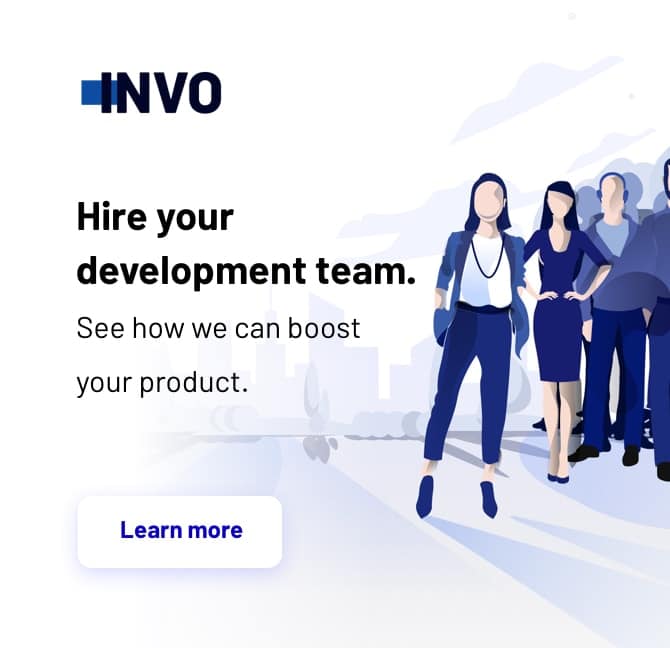